I just found an old column that I wrote back in 1980 for The News Reporter in Whiteville.  As I read it (actually re-read it since I had read it originally when I wrote it) I realized that things had not changed a lot for me or our life in general since I wrote the piece.  President Reagan had just been elected President of the United States and I was looking to the future.  Here’s what I said in 1980 and some new comments.

I have never been one to make New Year’s resolutions, but since last year was such a mess (See the similarity.) I feel the necessity of make every effort to see that the same things don’t happen again.  So, keeping in mind I only make promises with loopholes, here are my promises for 1980.

As a result of his involvement in various events and celebrations across The South, Bill has been designated: 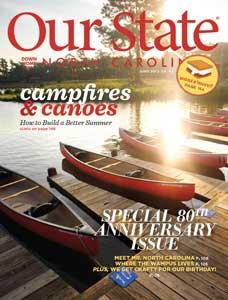 Bill Thompson is a featured writer for Our State, a magazine that celebrates the people and places that make North Carolina great. From the mountains to the coast, Our State features North Carolina travel, history, folklore and beautiful scenic photography.

Boys and Girls Home of NC

The mission of Boys and Girls Homes of North Carolina is to provide residential and foster care/adoption programs for neglected, abused and hurting children that emphasize academic and Christian education to address their physical, emotional, social and spiritual needs in a homelike, Christian setting.

Bill Thompson retired as president of the Boys and Girls Homes of North Carolina in 2007.